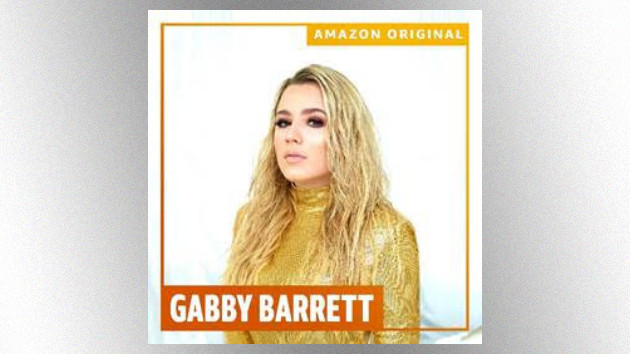 Gabby Barrett lends her megawatt vocals to a country classic in her new performance of Dolly Parton’s ‘I Will Always Love You,” available via Amazon Originals.

The rising star says she chose to cover Dolly’s iconic song in part because it’s one of her favorites, and in part because she believes it exemplifies all the best parts of classic country songwriting.

“The thing about this song and about all of Dolly’s catalog is that her music is timeless; it comes straight from her heart,” Gabby shares. “You can tell that she’s being honest and sincere in every lyric she writes. Every story is genuine to her life.”

That’s a quality the young performer hopes to aim for in her own career, she goes on to say, adding that it’s something that Dolly “has set such a perfect example of in country music.”

In conjunction with “I Will Always Love You”’s release, Amazon also today released footage of Gabby’s virtual interview with Dolly, marking the first time the two got to have a conversation.

While Gabby has long been a huge fan of Dolly’s, it turns out that the feeling is mutual.

“I know that Gabby will have a long and prosperous career ahead of her,” Dolly states. “She has what it takes to make it in our industry…talent, she’s hard-working, humble and kind.”