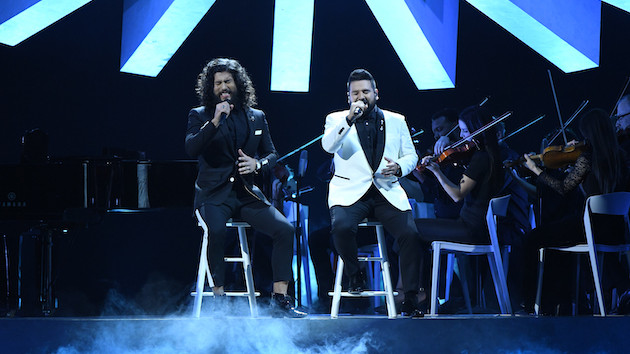 Dan + Shay, Kane Brown and Eric Church are among seven new performers just added to the bill at the 2020 ACM Awards show. Others newly added to the bill include Mickey Guyton, Florida Georgia Line, Luke Bryan and Morgan Wallen.

All seven will take the stage at Nashville’s Grand Ole Opry House, one of three iconic Music City Venues which will host this year’s ACMs. Performances will also broadcast from The Bluebird and the Ryman Auditorium.

In addition to serving as performance stage, the Grand Ole Opry will also be the venue where awards are handed out.

The new additions to the bill join a number of other acts already slated to perform, including Luke Combs, Maren Morris, Old Dominion, Thomas Rhett and Jon Pardi. Tenille Townes and Riley Green are both delivering performances as winners this year; they’ve already been announced as the New Female Artist and New Male Artist of the Year.

Keith Urban is set to host the show, which takes place on September 16 after being rescheduled from its usual April date due to the COVID-19 pandemic.