Brothers Osborne Share Stories About Band They Had With Their Father 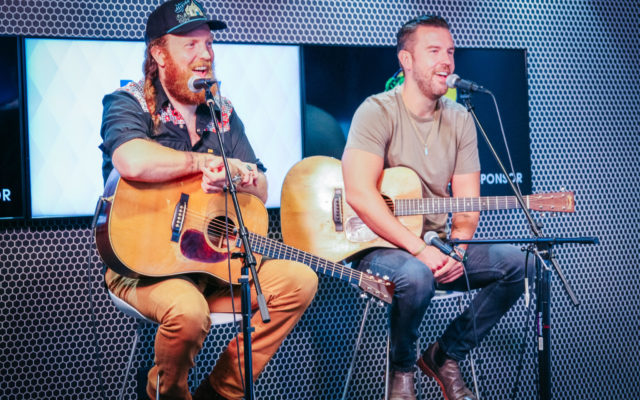 Brothers Osborne’s new record Skeletons is coming out on October 9th. Ahead of their album dropping and with some new music out, they stopped by to chat with Bobby Bones and the team to share some stories about their childhood, their new songs, and perform one of their biggest hits.

The brothers grew up in Maryland and because of that are major water people. They shared they spent their whole childhood on the pier across the street from their house. Before coming together to be a duo, they not only pursued solo careers but they also had a band with their dad when they first started their music careers. In their teens, John and TJ played in their family band called “Deuce And A Quarter.” Their band would play together at the house and at the local bars around town. As they got older, John and TJ respectively pursued solo careers in Nashville and eventually decided to work together as a duo. Then a full circle moment came when they shot their music video for their song “Rum” at the bars they played in their teens with their family band.

The duo couldn’t say enough nice words about their parent’s support of their music careers. They shared that despite TJ and John attempting to pursue single careers, their parents always wanted them to be a duo. They confessed that their mother loves to campaign and help them market themselves when it comes to certain events and situations. Brothers Osborne also joked about how it’s funny when they get asked in interviews about how they met each other and they respond with something along the lines of “You mean at birth?”

As for what they’re doing while they’re stuck at home during the pandemic, TJ said he pumped the breaking on drinking too much alcohol and started focusing on his health and working out. But John confessed that he’s still in his drinking beer and tequila phase.

Watch their acoustic performance of “Stay A Little Longer” below.