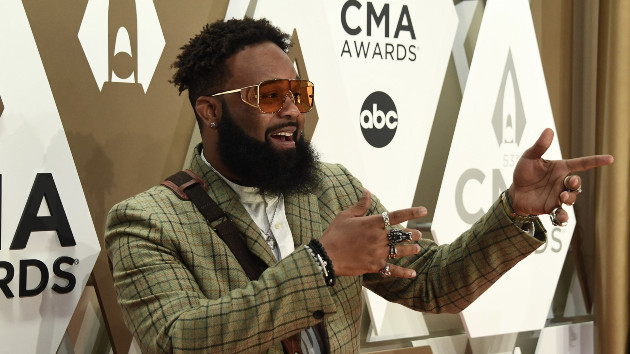 Blanco Brown, the singer behind 2019’s viral “TrailerTrap” anthem “The Git Up,” suffered serious injuries in a head-on collision on Monday night. The news came in a statement from his label, BBR Music Group, which added that the crash occurred near the singer’s home in Atlanta.

Brown was transported to a nearby hospital following the accident, where he underwent a 12-hour surgery to address the unspecified traumas he sustained. He’s currently resting in the ICU and is expected to need more surgery as his recovery progresses.

This spring, the genre-blending country, and hip-hop star teamed with DJ Diplo for their new song, “Do Si Do.” No stranger to cross-genre collaborations, Brown has also put out duets with country group Parmalee and R&B star Ciara in recent months.

Still, Blanco continues to stay in touch with his country roots. In May, he participated in one of the Country Music Hall of Fame’s virtual programs, leading a session aimed at teaching students of all ages about the craft of songwriting.

Brown’s friends and family are requesting prayers for his recovery and privacy during this difficult time.