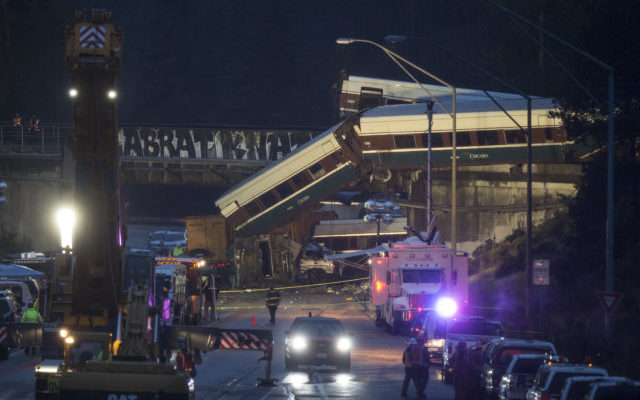 TACOMA, Wash. (AP) – A jury has awarded more than $10 million to a man who was seriously hurt when an Amtrak train derailed between Tacoma and Olympia in 2017.

The News Tribune reports Donnell Linton, of Renton, is one of many passengers of Amtrak Cascades 501 who sued Amtrak after the train left the tracks and part of it crashed onto the freeway below.

Three died and dozens were injured.

Jurors issued the verdict in Linton’s favor Tuesday in in U.S. District Court in Tacoma.

An Amtrak spokesperson declined to comment about the decision.

Linton and his son were traveling to Oregon to visit Linton’s newborn grandchild when the train derailed Dec. 18, 2017, according to one of his attorneys.